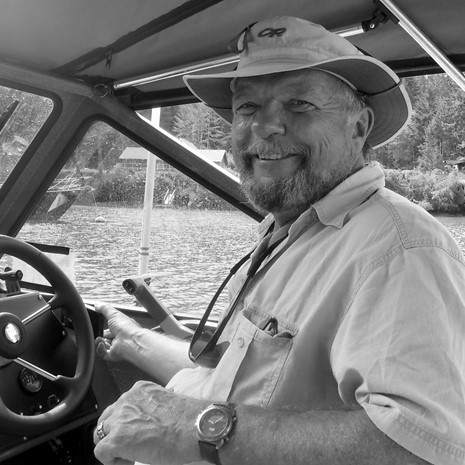 Chris Castner is a gubernatorial appointee to the NWS Commission. Chris was part of a Coast Guard family and grew up in Connecticut, SE Alaska, Portland and Seattle. He was introduced to the vision of marine stewardship as a volunteer at People for Puget Sound in the late 80’s and early 90’s, and earned his BA in Economics/Environmental Studies from Western Washington University's Huxley School of the Environment in 2000. After that he was hired by the US Environmental Protection Agency, working both in Washington DC and EPA’s Seattle office. In 2009 Chris joined the EPA Puget Sound geographic program where he served as Team Lead for 3 years, and then as a senior level Puget Sound program analyst for another 5 years. His EPA experience included federal budgeting, water infrastructure finance, strategic planning and grant program development and management. Chris retired from EPA in 2017. In addition to Salish Sea boating, fishing, beach walking, and serving on the NWS Commission Board , Chris is learning to play boogie- woogie style music on the piano.